Welcome to the "Gimme A Break!" Wiki

This is the official wikia page for the NBC-TV Series Gimme A Break! which ran from 1981-1987. 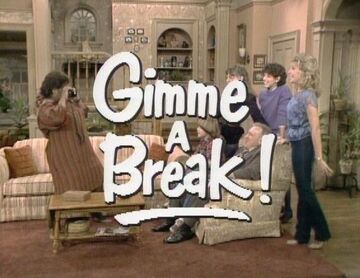 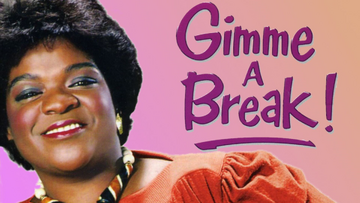 The show centered on the lives of the Kanisky Family in Glenlawn, CA, headed by Carl (Dolph Sweet), the widowed Chief of Police in town. Prior to the pilot episode, Carl's wife, Margaret (Hoffman) Kanisky, suddenly died of cancer on September 6, 1981, having asked her good friend Nell Harper (Nell Carter) to help Carl raise her three daughters, Katie Kanisky (Kari Michaelsen), the eldest and most uncontrollable with her dating life, Julie Kanisky (Lauri Hendler), the middle child bookworm who couldn't get dates with jocks, and Samantha (Lara Jill Miller), the youngest, who was mostly a tomboy and loved playing baseball and hated boys.

Not sure where to start?

Contribute to this wiki

To write a new article, just enter the article title in the box below.

Photos and videos are a great way to add visuals to your wiki. Find videos about your topic by exploring Wikia's Video Library.

Linney, who appeared in five of the series’ final six episodes, was honored for playing Charlotte Novak, the last of the title character’s many love interests. At 40, Linney triumphed over the ......

As usual, the TV academy has nominated a range of both fresh and seasoned work this year, with the 22 lead contenders representing 17 series that ... entirely different cast of characters....

That led to the Oscar-winning movie version of 2006, allegedly the most expensive film in history to feature an all-black cast. The movie begat yet another U.S. tour last year, and that company ......

Despite its clichés, this musical about an aspiring teenage drag queen is a charmer. By Elisabeth Vincentelli Former ballet dancers grasp at words to describe the genius of George Balanchine in ......

Onion Creek first sprang to the owners' minds while they were tubing in the Hill Country, and was birthed while the Heights was recovering from Tropical Storm Allison. Since, it has attracted a ......

Community content is available under CC-BY-SA unless otherwise noted.
Advertisement